Home > The Ambassador > The ambassador

Etienne Le Harivel de Gonneville has been the Ambassador of France to Sweden since September 9, 2020.

Prior to that, he had been Senior Advisor for strategic affairs and continental Europe to the President of the French Republic, since May 2017.

A graduate of Sciences Po and the University of the Sorbonne, Etienne de Gonneville is a career diplomat. He has held several posts in the Ministry of Europe and Foreign Affairs, in Paris: in the Department for Strategic Affairs, Security and Disarmament, and in the Asia and Oceania Department, and abroad: in Iran (2000-2003), in the United States (2006-2010), and in Vietnam (2010-1013). CV Linkedin 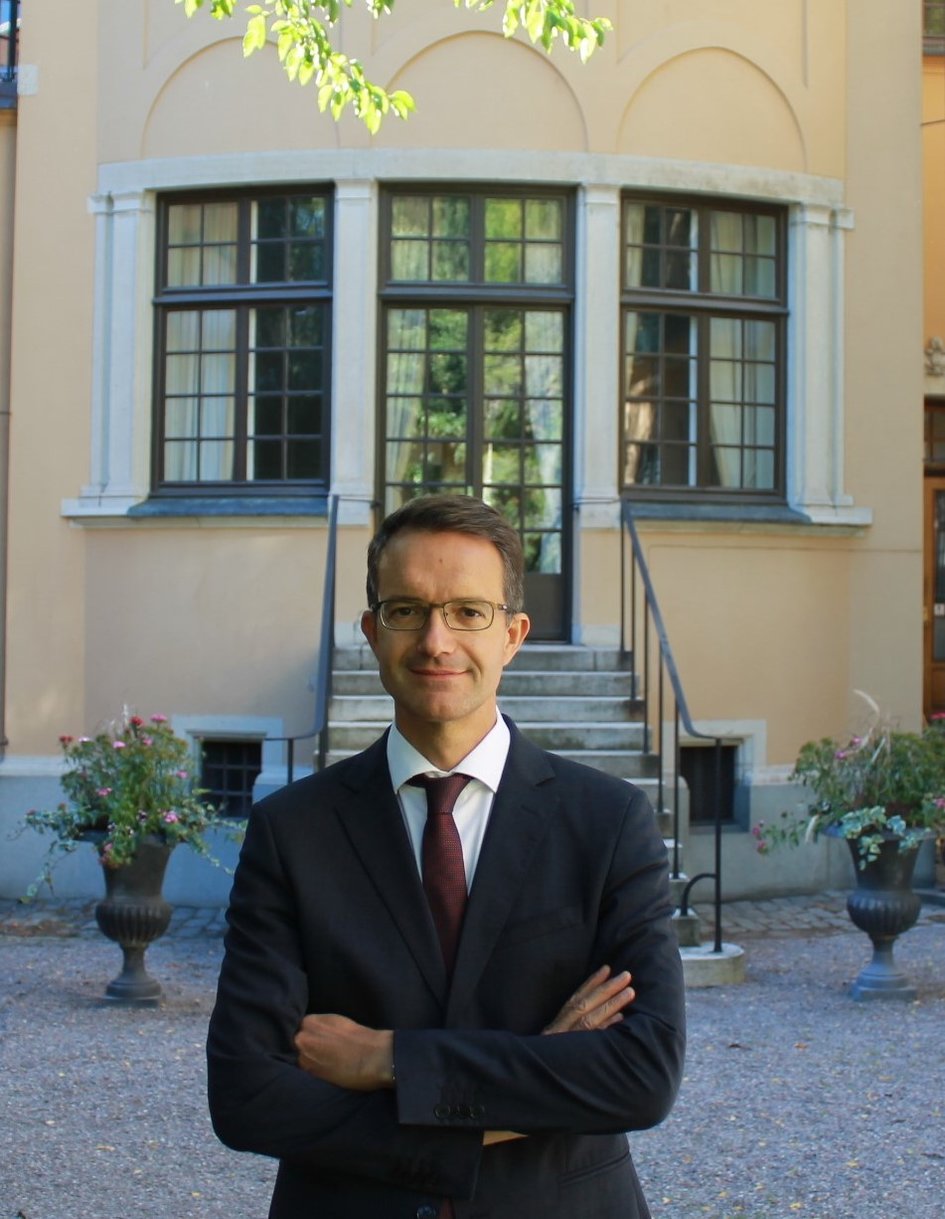 top of the page